In an interview with DAZN, Ronaldo Nazario gave an honest opinion of how he rates PSG striker Kylian Mbappe as a footballer.

Ronaldo Nazario has admitted he sees similar qualities between himself and Kylian Mbappe.

Like Ronaldo, Mbappe shot to stardom at a very young age. The 22-year-old is already a World Cup winner, four-time Ligue 1 champion and boasts a stunning goal record. His incredible development saw Real Madrid offer a reported €200 million for the Paris Saint-Germain striker last week. The move didn’t materialize, but he is expected to head to Spain next summer.

Now Ronaldo, who won a World Cup and FIFA’s World Player of the Year twice by the age of 21 in the 90s, has spoken on the young striker.

‘Yes, he has similar attributes to me,” he told DAZN about Mbappe as part of the ‘El Presidente’ series. “He has incredible qualities, with a remarkable technique that he executes at great speed.”

“He gets past defenders, he goes past goalkeepers… And, despite being very young, he’s already come a long way. I like Mbappe.”

Of course, Mbappe still has some way to go before reaching the lofty heights Ronaldo set during his career. But with a star-studded PSG team behind him, he is in a sound position to challenge for the Champions League and Ligue 1 titles again this season. 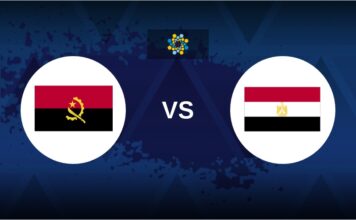