The French striker’s future has been a hot topic of late after falling out of favor at Chelsea again.

Olivier Giroud has conceded that he will need to make a decision on his future in January should his situation at Chelsea not improve.

Despite struggling for regular opportunities last season, the 34-year-old extended his stay for another campaign by signing a new contract in the summer. It came when he appeared to leapfrog Tammy Abraham in the pecking order.

But things have reverted to their original state this term – or possibly even worse than before.

Giroud has barely had any Premier League football across four cameo appearances. He’s only played seven times in all competitions, making Frank Lampard’s line-up once in the Carabao Cup defeat to Tottenham in September.

The summer arrival of Timo Werner, along with Abraham’s recent resurgence, has left Giroud frozen out of the squad.

“It’s worrying. I thought I still had a role to play at Chelsea but my playing time is getting reduced a lot. It’s going to have to change or a decision must be made,” the former Arsenal striker told Telefoot.

“I am clear-headed about my situation: I will have to make a decision in January. I hope to make the right one, as I have always done.”

One key reason why Giroud may favor a winter departure is to stay match fit for France in next summer’s European championship.

Les Bleus boss Didier Deschamps has already warned him that ‘before March he will have to find another situation than this one’. 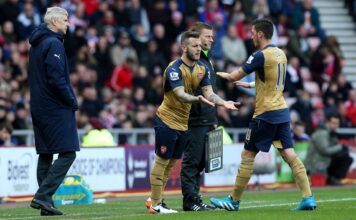