In the midst of all the chaos created by the whole Super League drama, Carlo Ancelotti’s reaction stands out above the rest.

As a former manager of several Super League founding clubs, Carlo Ancelotti has a unique point of view about this whole situation. During his career as a coach, Carlo has been the manager of Juventus, AC Milan, Real Madrid, Chelsea, and PSG. These are amongst the most powerful football institutions in the world. As a former employee in all of them, Carlo was still surprised the Super League was even proposed.

With the initial plan Florentino and company had, this new tournament would effectively kill clubs like Everton. Ancelotti recently spoke about his reaction when he first heard about this idea. To nobody’s surprise, the Italian manager responded in his own unique way.

Carlo thought the Super League was a joke.

As per talkSPORT, this is what Carlo said: “My immediate reaction was they are joking, this is a joke! “It’s a joke because it’s not going to happen. It’s impossible. Sport culture in Europe is different to American sports. Not because we are right and they are wrong, but because the culture of the people is different. In America, in the USA, sport is different. Sport is entertainment.

“In Europe, we live with more passion. When we grow up, we want to beat our neighbors. We grew up differently. It is not sport [in the USA]. Football now is part business, but we need to take into consideration both. Football is a sport first. And then with a lot of investment, it also becomes a business. We need to take into consideration both. This is absolutely normal. Everton is a family club, a club where you can feel the love of the supporter. Everton has a history of taking care of maybe more of its supporters.” 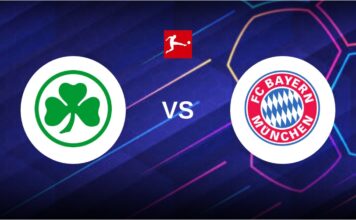