Napoli secured their place at the top of the Serie A table with a hard-fought win over Jose Mourinho’s men.

Napoli defeated Roma 1-0 in their Serie A clash on Sunday. Victor Osimhen found the back of the net again as the Blues claimed another crucial win in the league.

Napoli are on FIRE!

Luciano Spalletti’s side came into the game on the back of their 3-2 win over Bologna.

Similar to that game, Napoli started their performance on a perfect note, making several goalscoring chances early on. However, thanks to a host of missed chances from Napoli, Roma managed to end the first half without conceding a goal.

The game’s tempo slowed down at the beginning of the second half while Roma tried to gain a foothold inside Napoli’s half.

However, the guests increased their attacks in the final 20 minutes and finally managed to snatch the match-winner through Osimhen.

Following a long ball from Matteo Politano, the Nigerian star latched on to the ball inside the box before smashing the ball past Rui Patricio with a powerful shot.

Roma tried to come back into the game with a late equalizer, but they lacked enough edge to create any chances, as they finished the game without registering a shot on target. 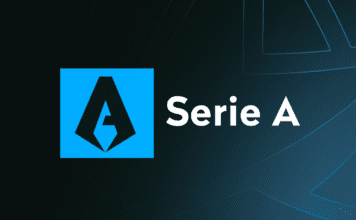