As we prepare for the opening matchday of the Premier League season, our experts take a look at the bookmakers’ predictions for the upcoming matches.

Let’s check out three betting tips for the first Matchday of the 2022-23 Premier League campaign.

Goals likely on both side when Leeds host Wolves

Leeds United come into their first match of the new campaign on the back of an impressive pre-season campaign.

Having scored 12 goals in their last three games, we expect Leeds to find the back of the net this weekend.

However, persisting problems in Leeds’ backline and Wolves’ improved attacking stats convince us the guests will also find enough chances to score on Saturday.

Back Newcastle to beat Nottingham Forest

The Magpies hope to slowly find their way among the league’s front-runners this season after adding the likes of Nick Pope and Sven Botman to their squad this summer.

Their first test will be a match against newly-promoted Nottingham Forest, who have also spent a busy transfer window.

Twelve new players have joined the Forest this summer, but we don’t expect to see an immediate impact from them this weekend.

Eddie Howe’s side will have a good chance of winning their opening game of the campaign, while Forest will most likely test out their plan A lineup for a couple of weeks.

Arsenal showed incredible quality in their front line during the pre-season, smashing Chelsea 4-0 in their last friendly.

The Gunners will take on Palace this Friday, hoping to bring their form into the new season.

We expect Mikel Arteta’s side to push for outscoring their opponents in the upcoming match.

However, Palace’s recent performances have shown they might avoid spending most of the game in their own half.

Having scored seven goals in their last two games, we expect Patrick Vieira’s side to create serious chances on counter-attacks. 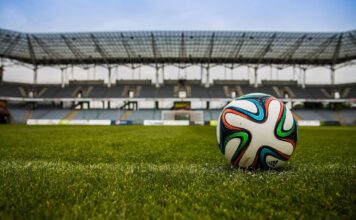