Bayern Munich have signed Eric Maxim Choupo-Moting on a free transfer after he quit Paris Saint-Germain earlier this summer.

The 31-year-old has been a free agent ever since deciding against extending his contract with Paris Saint-Germain in September.

He has now committed his future to Bayern after putting pen to paper on a one-year contract at the Allianz Stadium.

The Bundesliga champions have been on the lookout for a back-up for Robert Lewandowski and viewed the Cameroonian forward, who guided PSG to the finals of the Champions League last season, as an ideal candidate.

“It’s a great feeling coming back to the Bundesliga – and then to the biggest club in Germany,” Choupo-Moting told the official club website.

“Who wouldn’t want to play for FC Bayern? It’s an honor to play for this club. It’s always Bayern’s aspiration to win everything, and I’m hugely motivated to help them achieve those goals.”

PSG, meanwhile, might feel short of strikers as they lost another marksman in Edinson Cavani, who is understood to be close to signing for Manchester United on a free transfer. 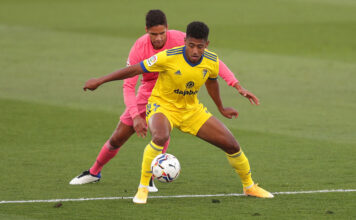