Harry Maguire reveals he was not expecting to be named Manchester United captain and has spoken on the responsibility so far.

Harry Maguire has been a consistent member of the Red Devils’ back-line since joining the club from Leicester City in the summer of 2019.

Hailed for his leadership aura during his time with the Foxes, the England international soon saw new-found responsibility at Old Trafford.

Barely less than six months into his arrival at the club, Maguire was named the United captain after then captain Ashley Young departed for Inter Milan.

After struggling initially at the start of the season, the 27-year-old has been a key member of the Red Devils’ defense that has impressed of late.

Many were left shocked at Ole Solskjaer’s decision to name Maguire the club’s captain and the defender reveals he didn’t expect it at the time either.

“He (Ole) just pulled me and he said, ‘Look, I’m going to make you captain of this club” he told the club’s official podcast.

“Obviously it was a great moment for myself – it’s a huge honour to play for this club, never mind be the captain and lead the boys out at Old Trafford. It’s a massive honour and a massive privilege.”

“It came a lot sooner than I would have dreamed of. Obviously Ash [Ashley Young] was here before, I learned a lot off Ash when he was here for three or four months. A great guy, a great player for the club, a great servant.”

Maguire also spoke on some of the off-pitch responsibilities he has ad to take on.

“Yeah, media – a lot of media! To face the media when times are tough is probably a tough one” he continued.

“You can’t go into a dressing room and pick players out, when you’ve just been beaten, to go and face the media.”

“You have to stand up as captain and go and face it, and take the stick and the scrutiny and handle it in a positive way.”

Barcelona vs Sevilla: Can Barca pull a comeback? 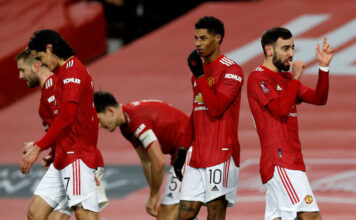 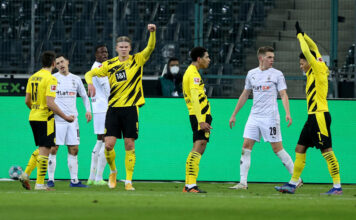