Our betting experts at Ace Football preview the Ligue 1 round 8 game between Lyon and PSG and offer team news, fixture history and the best betting suggestions for the match.

PSG will visit Groupama Stadium this coming Sunday for a Ligue 1 fixture with home side Lyon.

PSG are aiming to extend the lead on Lyon in the Ligue 1 table after they go toe-to-toe on Sunday. On the other hand, the hosts should be motivated to not let the current gap get any bigger than it already is.

Position in the Ligue 1 table: Lyon vs PSG

The current standings in the Ligue 1 show us how Lyon and PSG have performed this season so far. Surely, an exciting battle for three points is on the cards in this round 8 clash on Sunday.

Current form and previous Ligue 1 encounters between Lyon and PSG

Lyon hoping to bounce back

Results have been pretty much up to scratch in recent matches for Lyon, who have performed more or less according to expectations. Lyon managed one win in the last three matches, which was a 5-0 victory against Angers. They went on to lose 3-1 against Lorient, before getting dumped in a 2-1 defeat against Monaco.

PSG are on a roll

PSG have found a rich vein of form in recent weeks, and aim to keep their winning streak going. In their last three matches, PSG first beat Juventus 2-1, then Brest by 1-0 and finally Maccabi Haifa by 1-3.

The last match between Lyon and PSG ended in a 1-1 draw at the Groupama Stadium on January 2022.

Here are some interesting betting-relevant facts based on statistics from the last couple of matches that Lyon and PSG played across all tournaments.

Man of the Moment

It is difficult to look past Kylian Mbappe when searching for a goalscorer. He seems unstoppable and hit the target six times in the last 6 matches for PSG. With four goals in his last 6 matches for Lyon, Karl Toko Ekambi is another player to look out for. He will be gunning for more Ligue 1 goals on Sunday.

To sum up, the upcoming match between Lyon and PSG seems to be a good betting opportunity. Considering the above statements, we have come up with the main prediction for this game but also some alternative ones.

Lyon vs PSG: Best tips for the match 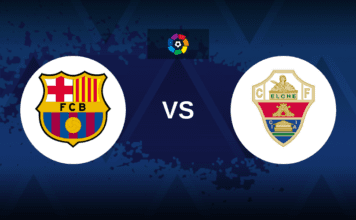 Barcelona vs Elche: Best tips for the match 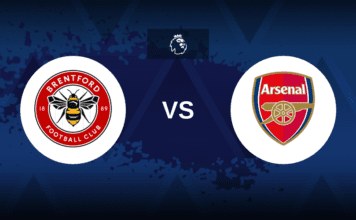 Brentford vs Arsenal: Best tips for the match