After a narrow escape in the Champions League opener, Liverpool goalkeeper talked about Virgil van Dijk’s absence in the team.

Goalkeeper Adrian revealed that it is a different situation to play at the back in the absence of Virgil van Dijk. However, the Spaniard is sure that the Reds will recover their form despite the injury issues.

Furthermore, Jurgen Klopp is suffering to pick the right cards to play after numerous injury problems in the team.

Evidently, the first-choice keeper, Alisson is almost ready to return at Anfield. The Brazilian has not seen action since the end of September.

Additionally, Van Dijk joined his teammate in the rehabilitation. This is due to his awful knee injury in the Merseyside derby against Everton.

However, Liverpool managed to get the three points without the Netherlands international. Klopp’s men beat Ajax 1-0 by a close margin in the Champions League opener.

Nevertheless, Adrian is set to think in a positive way regarding the situation. Moreover, the Premier League champions proved their relentlessness on several occasions previously.

He told the club’s official website: “It’s a big win, a massive one. Three points in the Champions League and a clean sheet.

“It was a little bit different, strange, we missed some good players.

“I think we deserved another result in the derby but I think we reacted really well. And the team showed the strong mentality that we have, a winning mentality.

In addition, Fabinho provided a replacement for Van Dijk in the Liverpool defense. Evidently, the Brazilian managed to fall back from the midfield zone to support the backline.

Fabinho and Adrian make a good long-term solution for Klopp. Also, Adrian mentioned that Liverpool can sustain good form without new signings in the next transfer window

He added: “Fab played a few times there last season and the more games playing together. Everyone is going to get more confident, for sure.

“We’ve known each other for a long time. And it’s not just the center-backs and the goalkeeper. It’s the whole team defending and it was a very good job from everyone.

“Obviously we know we are going to miss Virgil. And it’s a big loss for us, but it’s how to react. We have many good players who can play in this position – Fabinho did great with Joe [Gomez].

“We have a great squad and the team has shown at different times last season when anyone is not playing. Another one comes from the bench to do the same and even better.

“The team is going to miss Virg, for sure, but I thought we did well from the defending side.” 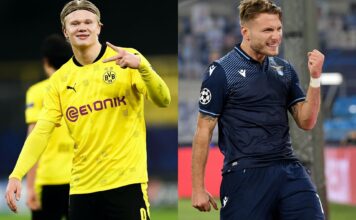 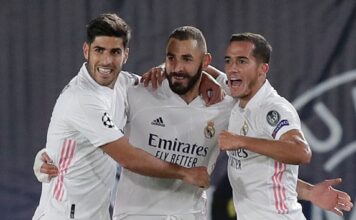