Jurgen Klopp reiterated plans to take a year-long sabbatical once he leaves Liverpool and won’t rush into a new job.

Klopp will celebrate his fifth anniversary at the helm of Liverpool in October and appears to be going from strength to strength with each passing season.

From mid-table struggles in October 2015 to Premier League champions as of today, the German has deservedly won a wide range of plaudits. The only downside of his otherwise splendid impact is how Liverpool will cope once he leaves.

List of Managers who have won the League and UCL whilst at a Premier League club:

It took one 4 and a half years, it took the other 13. pic.twitter.com/uc3m1MyP8q

Klopp previously suggested he would leave Anfield in 2022 for a break from football only to sign a new contract last December to remain at the club until 2024. He has since remained coy on his future plans.

Although the 53-year-old has now confirmed once again plans of taking a year-long sabbatical come the end of his Reds career, but he didn’t rule out staying beyond the end of his current deal either.

“A lot of people ask me this question. I have never heard someone ask Pep Guardiola about that but his contract ends next year,” Klopp Leeroy Matata on YouTube regarding his plans in 2024.

“I’ve got four years left which feels like an eternity in football. A lot can happen during this time. I would assume that in four years I will think about whether to renew or not.

“If I don’t renew, I’ll go on holiday. When I leave Liverpool, I won’t take a new job the next day. That’s for sure. I will take a one-year break after Liverpool.”

Klopp’s primary concern will be on Liverpool’s upcoming Premier League fixture away to Chelsea on Sunday following their 4-3 opening day win over Leeds United last weekend. 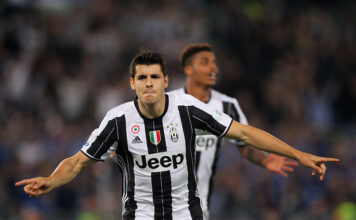