Ace Football previews the UEFA Nations League game between Italy and England who meet up this coming Friday. The match preview includes the current team news, H2H stats as well as the best betting tips for the match.

England will go up against Italy on Friday for a UEFA Nations League meeting at San Siro. Both Italy and England came through their most recent matches empty-handed and will be eager to avoid getting defeated once again. Who’ll draw first blood at San Siro? We’ll find out on Friday.

Position in the UEFA Nations League table: Italy vs England

The current standings in Group A3 show us how Italy and England have performed this season so far. Surely, an exciting battle for three points is on the cards in this round 5 clash on Friday.

Latest form and fixture history of Italy against England

Italy hoping to bounce back

It is difficult to point a finger at recent results for Italy, as they have performed according to their level. Italy have been inconsistent in their last three matches, which added four points to their tally. They claimed a 2-1 win against Hungary, before drawing 0-0 with England. This little streak came to an end, when Germany proved too strong in a 5-2 defeat for Italy.

The mood around England is pretty low right now as a win has proven hard to come by in recent weeks. England were only able to claim two points from their last three matches. They first drew 1-1 against Germany, followed by another draw. This time it ended 0-0 against Italy, before going down in a 0-4 defeat against Hungary.

Latest games between Italy and England

The last match between Italy and England ended in a 0-0 draw at the Molineux Stadium on June 11, 2022.

Highlights from the last match between Italy and England:

Here are some facts that might be useful for placing bets on the upcoming game between Italy and England. The facts are based on statistics from the last couple of matches that these teams played across all tournaments.

Man of the Moment

Lorenzo Pellegrini has been the most prolific scorer for the home team recently. Surely, Italy will be relying on him to once again shine in their upcoming match. Meanwhile, England will be looking to Harry Kane in the hope that he will add more goals to his current total of two goals in his last 6 games.

In conclusion, we present betting tips for this UEFA Nations League match, which are based on the above statements. Besides the main prediction for this game, we have also come up with some lower and higher-risk alternatives. 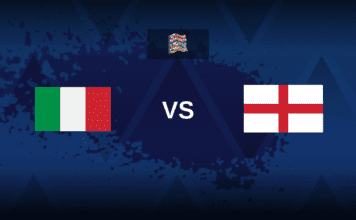 Liechtenstein vs Andorra: Best tips for the match